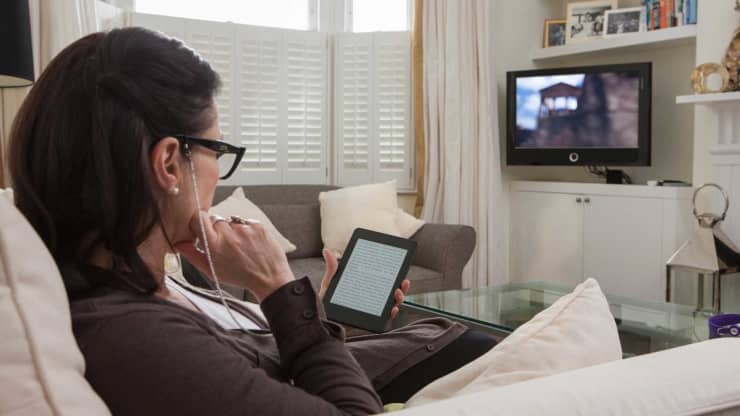 For the first time, a scientific study has identified sedentary behavior as a potential risk factor to explain the sharp rise in colorectal cancer among those under 50.

The study, which looked at TV viewing as well as other sedentary behavior in nearly 90,000 American women, found that more than one hour of daily TV viewing was associated with a 12 percent increase in risk of colorectal cancer. Among those watching more than two hours per day, there was a striking 70 percent increase in risk. The results of the study were published Jan. 25 in JNCI Cancer Spectrum.

The study looked at 89,278 nurses who were ages 25 to 42 at the beginning of the research, in 1991, and followed them for 22 years. The researchers found 118 cases of early-onset colorectal cancer diagnosed over the two decades of follow-up. Rectal cancers were more commonly found than colon cancers, researchers found.

Early-onset colorectal cancer, defined as occurring under age 50, is increasing in the U.S. and globally, sharply contrasting with a dramatic drop in the disease among older people, largely as a result of cancer screening. To make matters worse, the early-onset version is typically more aggressive and found at more advanced stages than the version found in older patients due to differences in the molecular makeup of the disease.

“Sedentary lifestyle is one of the risks factors that is often overlooked,” said Yin Cao, lead author of the study and a cancer epidemiologist at the Washington University School of Medicine in St. Louis. “This study may help identify those at high risk and who might benefit more from early screening.”

The correlation between watching TV and a higher risk of cancer held true regardless of how much the women exercised or what their body mass index measurements were. “We observed no clear increase in risk for other forms of sitting at home, such as mealtime or time spent at a desk,” Cao told NBC News.

The colorectal cancer findings come on top of other research showing that obesity-related cancers are also rising among people younger than 50.

The study was limited because it looked only at women. Also, the study authors said sedentary behavior such as watching TV was more commonly seen in earlier-onset colorectal cancer cases, but outside experts cautioned that this was improbable.

“They found an association, but the chance that watching TV is causing the cancer is not likely. People who are more sedentary likely have other risk factors that weren’t accounted for,” said Dr. Rajesh Keswani, a gastroenterologist and medical director of quality for the Northwestern Medicine Digestive Health Center, who was not involved in the study.

“This is a reminder to be more active throughout the day. For health care providers it really crystallizes how we should advise people on exercise.”

For years, evidence has been building that the combination of sitting for too long and a Westernized diet can cause heart disease and diabetes even in people who exercise. The trouble is that it’s hard to measure just how inactive people are, and there’s not enough evidence yet to show just how much, or how often, you have to exercise to counteract the effects of sitting.

“The realistic message is that we should strive to structure our daily routine to be more active. There isn’t a magic number as to how many hours we should be sitting or exercising, but we should strive to lead a more active and healthy lifestyle because obesity has been linked to a number of cancers such as colon cancer as well as a number of other diseases including diabetes,” said Dr. Carlo Contreras, surgical oncologist and associate professor of surgery at the University of Alabama, Birmingham.

Some of the youngest women in the study were also post-menopausal, which may have also contributed to their risk.

“There’s a hypothesis out there that shows that estrogen levels are protective against colon cancer, but as women age estrogen decreases, so the risk of colon cancer may increase over time,” said Contreras.

Colorectal cancer is the third most commonly diagnosed cancer in Americans and the second-leading cause of cancer-related deaths in the United States, according to the American Cancer Society. Colon cancer will be diagnosed in more than 100,000 people this year, and rectal cancer in nearly 45,000. Screening tests can help prevent colorectal cancer, but many people have not been screened.

In addition to sedentary lifestyle, genetics, a family history of colon cancer, a diet low in fiber or heavy in red meat, and heavy smoking or alcohol use can increase one’s risk.

Overall, the lifetime risk of developing colorectal cancer is 4.49 percent for men and 4.15 percent for women. Experts do not know why the risk is slightly lower in women.

The U.S. Preventive Services Task Force recommends routine colorectal cancer screening every five years from ages 50 to 75 for those considered to be at average risk.

Immediate medical attention should be sought if blood in the stool, unexplained weight loss and fatigue, or bleeding from the rectum is experienced.

These five lifestyle changes can make it easier to bulk up...

How to Select the Size of Lace Front Wig

Why Should You Buy Marquee Tent Types For Various Events